My iPhone saved my life and other stories.

While the title of this blog post seem extreme unlikely, in a sense my upgrade to an iPhone from the wasteland of android hell with an HTC Wildfire, was certainly the catalyst to 6 months of changes in my life.

Back at the beginning of June the long awaited end of my 24 month phone contract arrived and I took the plunge to buy an iPhone 5. I’m not a stranger to Apple. I was probably the only person in the world who owned an iPad and a Macbook Pro, but not an iPhone, so the wealth of apps and functionality wasn’t a revelation in itself, but the subtle difference was all this data and accessibility was happily nestling in my pocket. 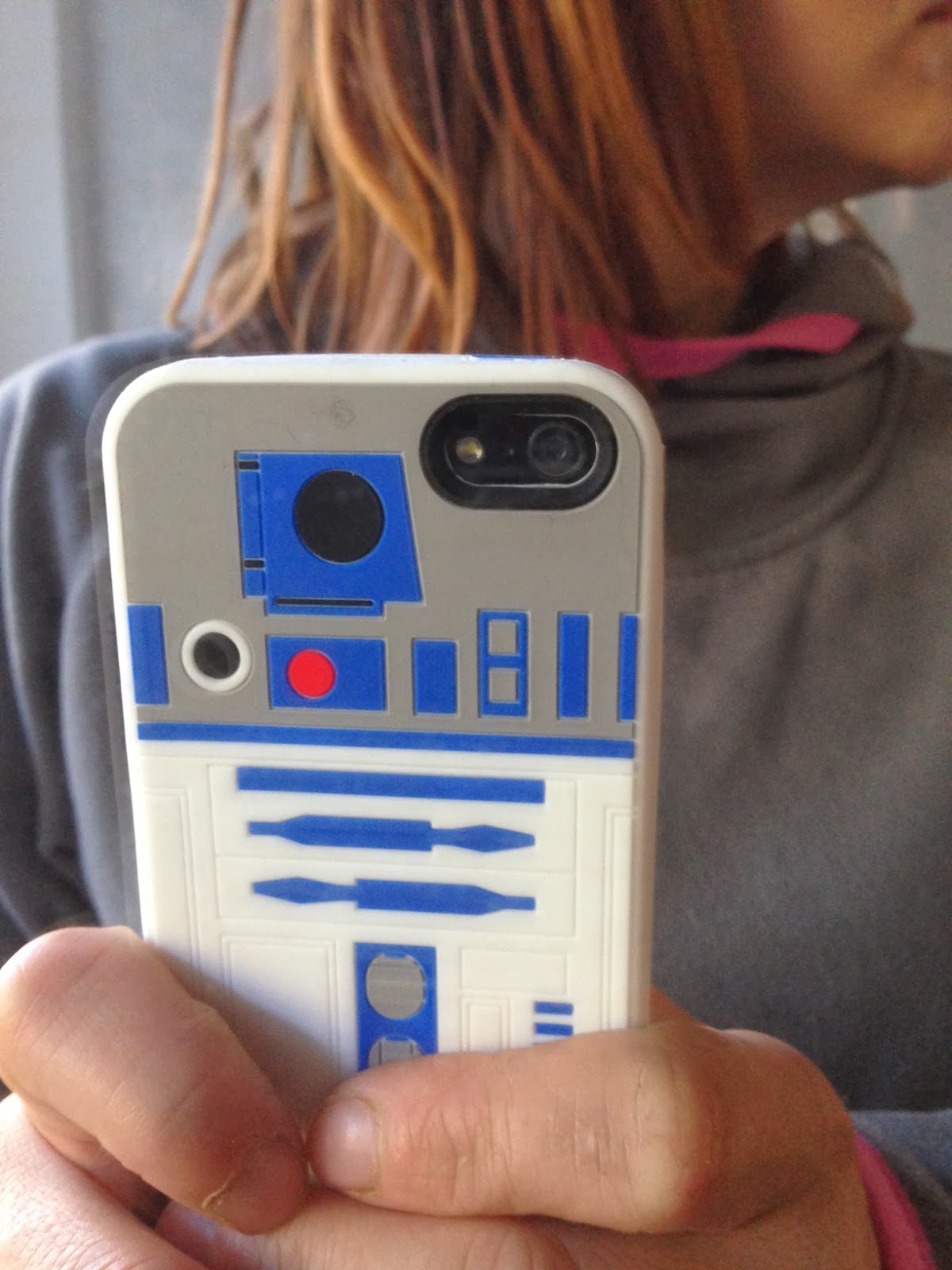 At about the same time my good friend Emma and I had a chat about our mutual desire to shed a few pounds and get in shape. I’d been making some effort to eat better and exercise more for a little while and had definitely lost a few pounds, but it was all a bit haphazard. She started a Facebook group to give us a bit of accountability and I invested in something I’d been eyeing up for a little while - A Fitbit One. 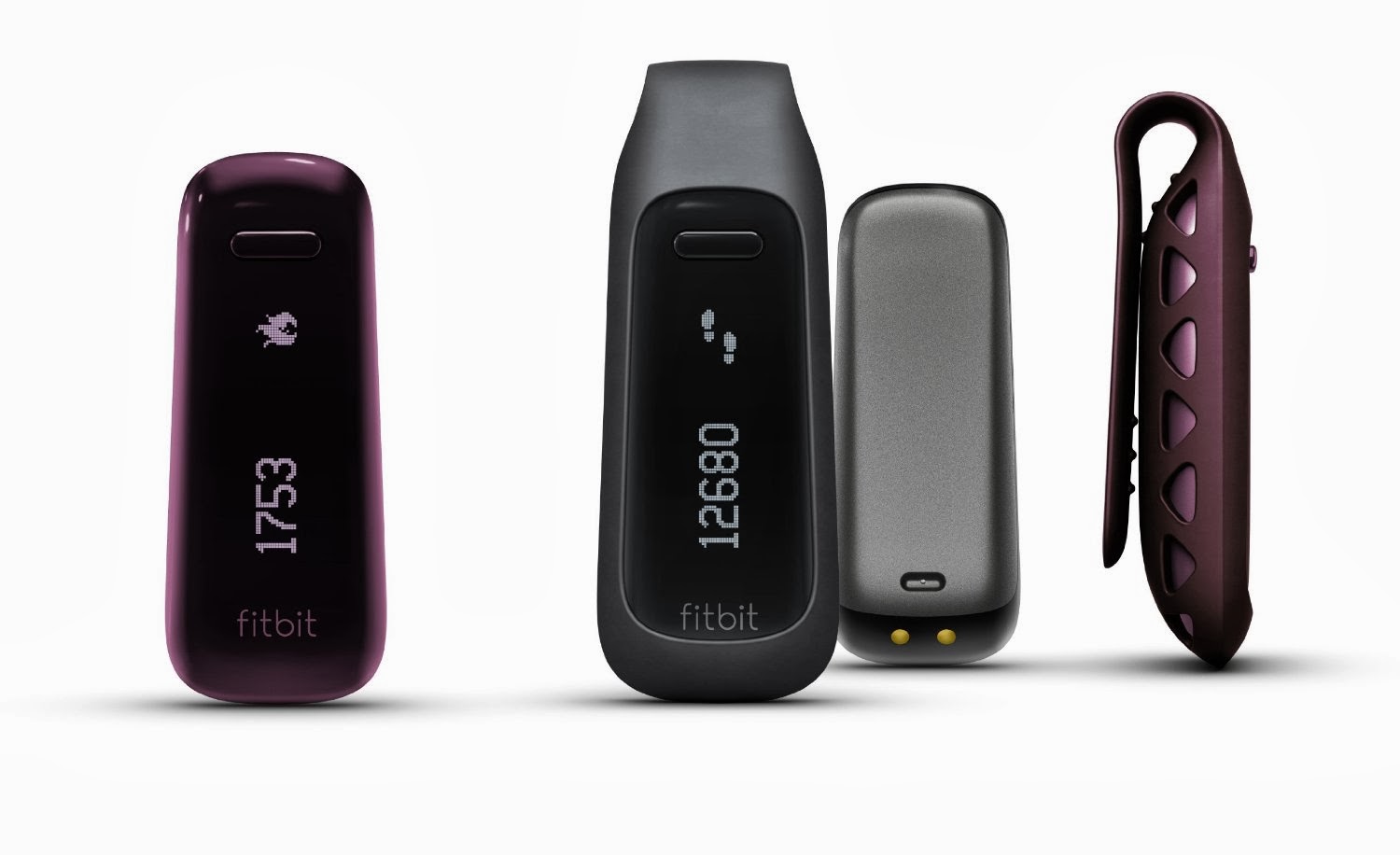 This clever little device is a posh pedometer that you attach to yourself each day. It tracks steps taken, flights of stairs climbed and distance walked and beams all that info straight to your iPhone via Bluetooth. This in itself is a huge motivator to move more. Firing up the accompanying app gives a moment to moment count of your activity that day so far. Meeting your own target for the day becomes hugely important and as if that isn’t reward enough there are virtual badges that your device ‘awards’ you as you achieve certain targets over time! The first few of these come thick and fast to get you motivated straight away!

The other thing this clever little device can do is talk to the second app that has contributed to my life change - My Fitness Pal. Basically speaking MFP is a calorie tracker, but with the added function of allowing you to track your exercise meaning you can adjust your food intake to suit your own personal activity and requirements. You can manually add your work outs, but I mainly leave it to the Fitbit to talk to MFP. Only non-step based exercise like cycling, weight training or swimming need to be added.

First job with MFP is to add your vital statistics... height, weight (gulp!) etc are all dialled in and a modest weekly weight loss target added (no more than two pounds a week and much less if you have less to lose). With all the shocking details recorded and added I had my calorie target for the day. The exercise my Fitbit records means you get to eat back some of those calories, a literal reward for exercising!

I should say that at least initially it definitely helps to weigh and measure your foods, until you get the hang of portion and serving sizes, but once you’re got it nailed it’s super easy to select foods from the database that you eat often for fast and efficient logging of your calorie intake. It turned out that this was definitely my downfall. Pre-MFP I had no idea how much I was really eating despite usually picking what seemed to be fairly healthy options most of the time.

And that was it. Once I started and got into the habit, I was converted. Somehow having all this info at my fingertips made me both super motivated and super organised.

Over the next 6 and a bit months I shed exactly 4 stone. I’ve got plenty more to lose (to date I’ve now lost 61lbs), but I feel fitter, less tired and altogether more determined generally in life.

While crediting my iPhone with all this might seem a bit flippant, It’s been hard work. So lets just say it was the catalyst to change... that seems fair.

If you've got this far I'll leave you with my then/now shot... 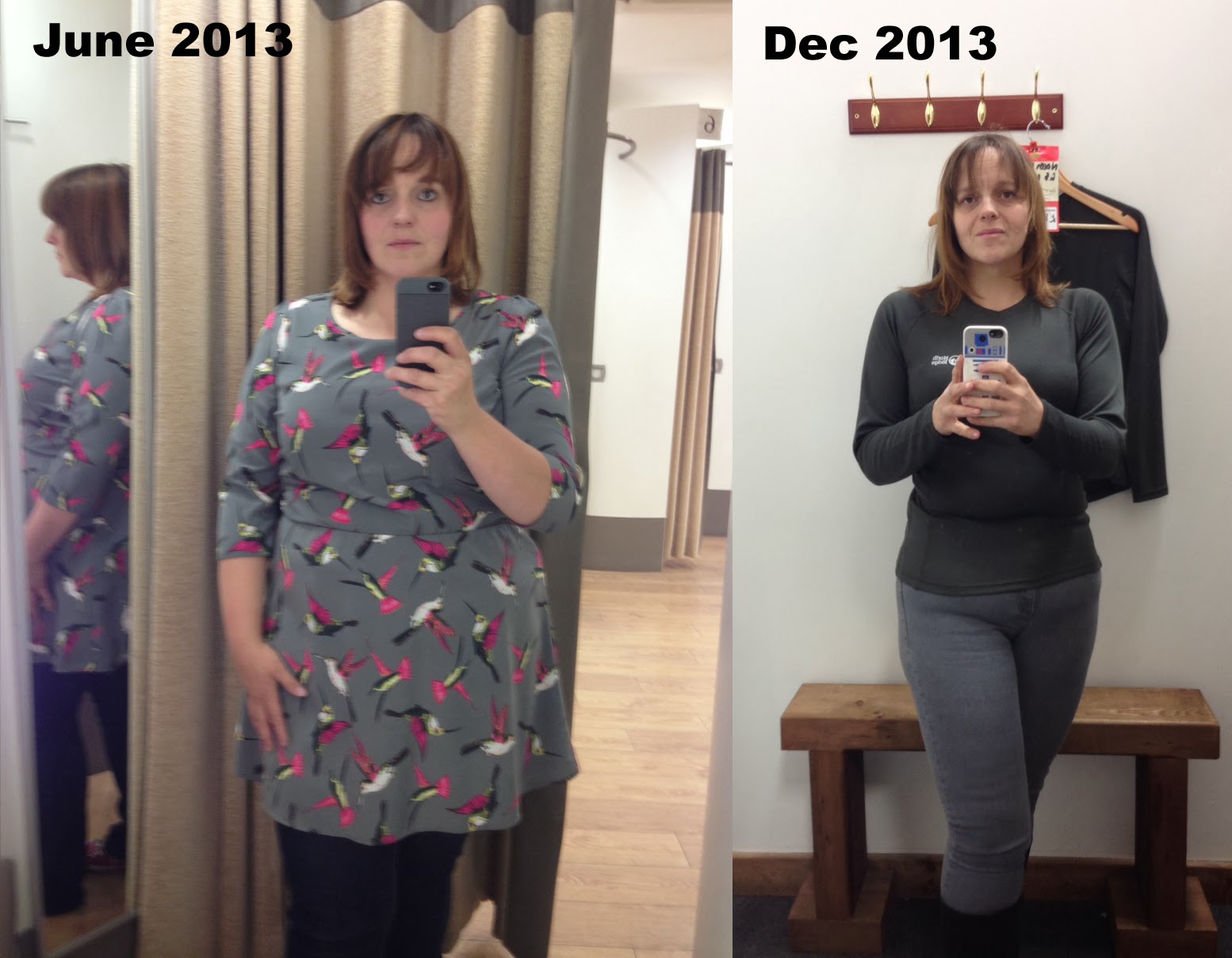 While summer is a memory from what seems a VERY long time ago, it definitely helps to revisit those wonderful long evenings with a spot of scrapbooking. 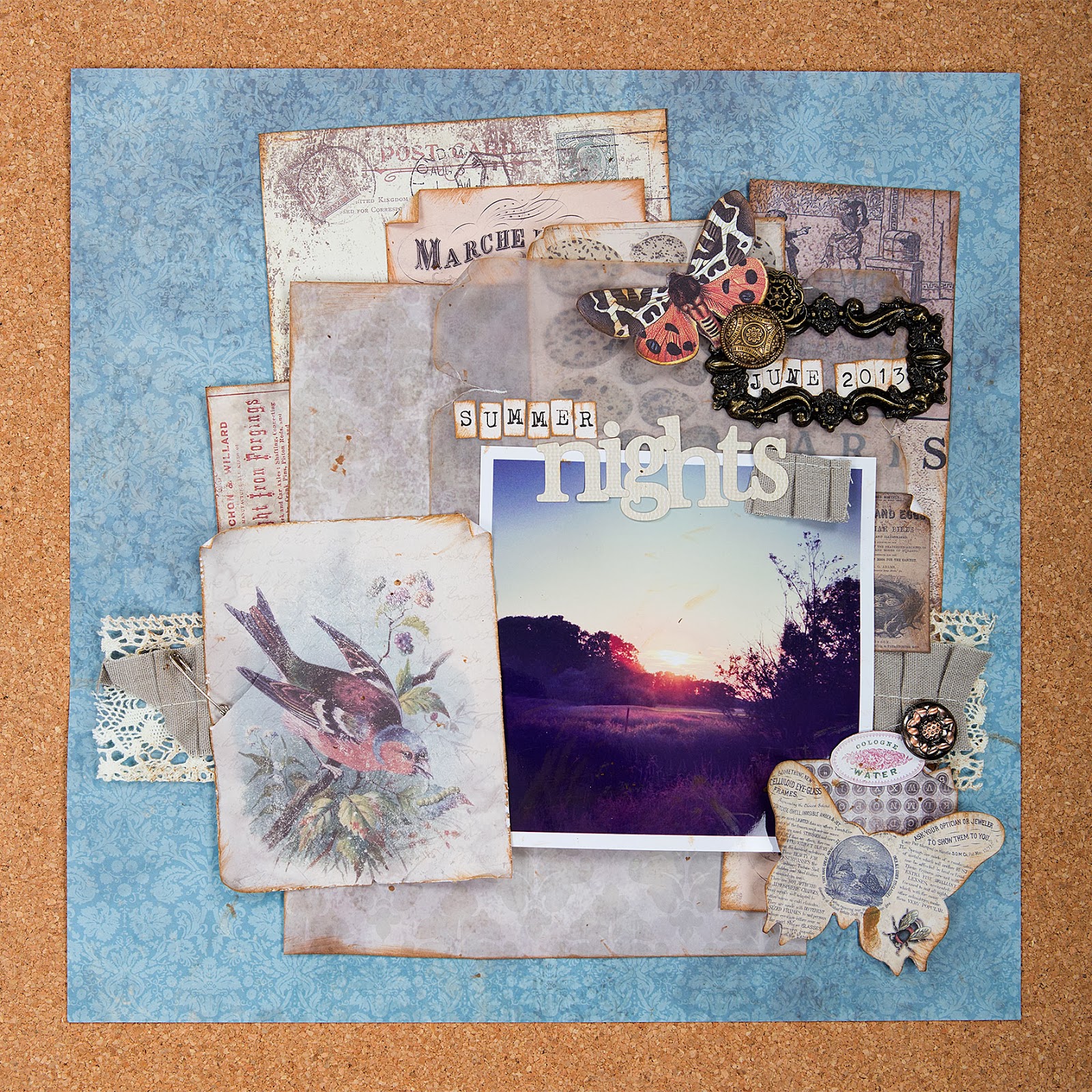 I broke out one of my favourite Instagram images from a long walk back at the end of the summer and used one of my new favourite collections - the Madame Payraud collection from Papermania. It's a stunning eclectic mix of vintage labels and ephemera with so many gorgeous dimensional embellishments! My favourite bit of the collection has to be these fabulous little alpha stickers! I *literally* can't craft live without them! 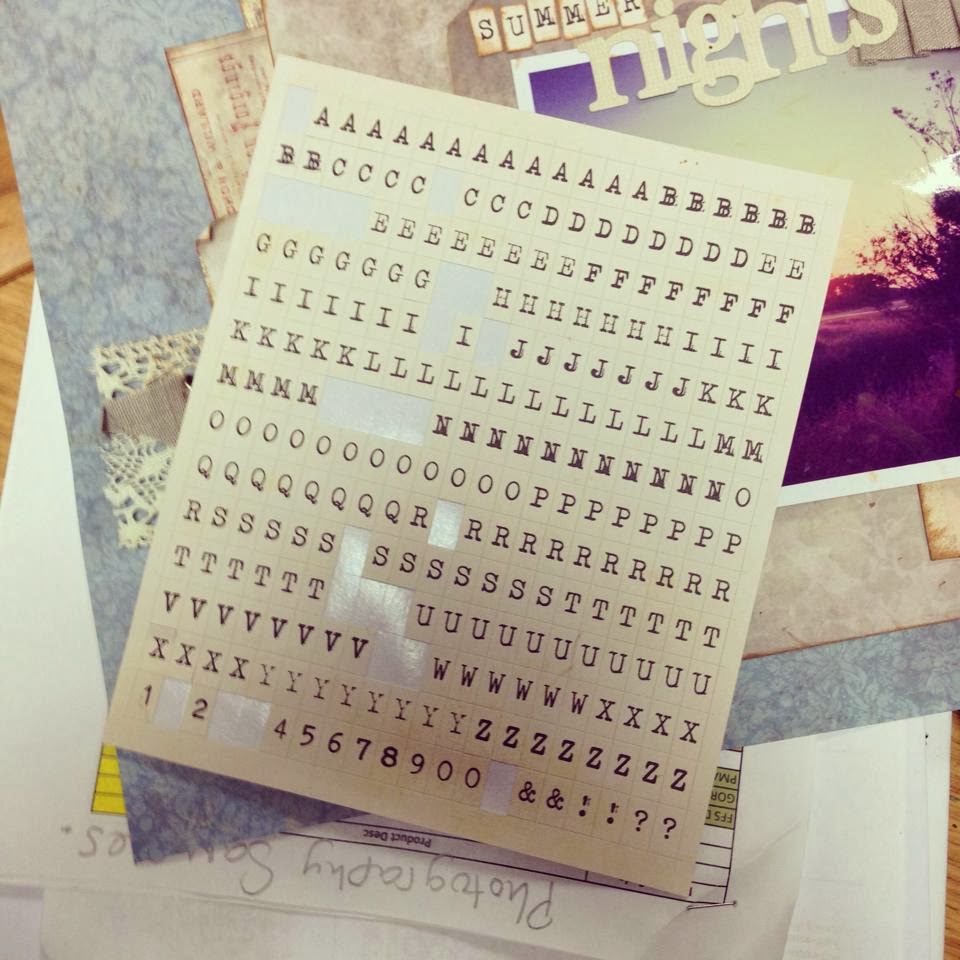 Look how cute they looked when you squish the edges into an inkpad - this has to be the easiest way to distress the edges of little things. 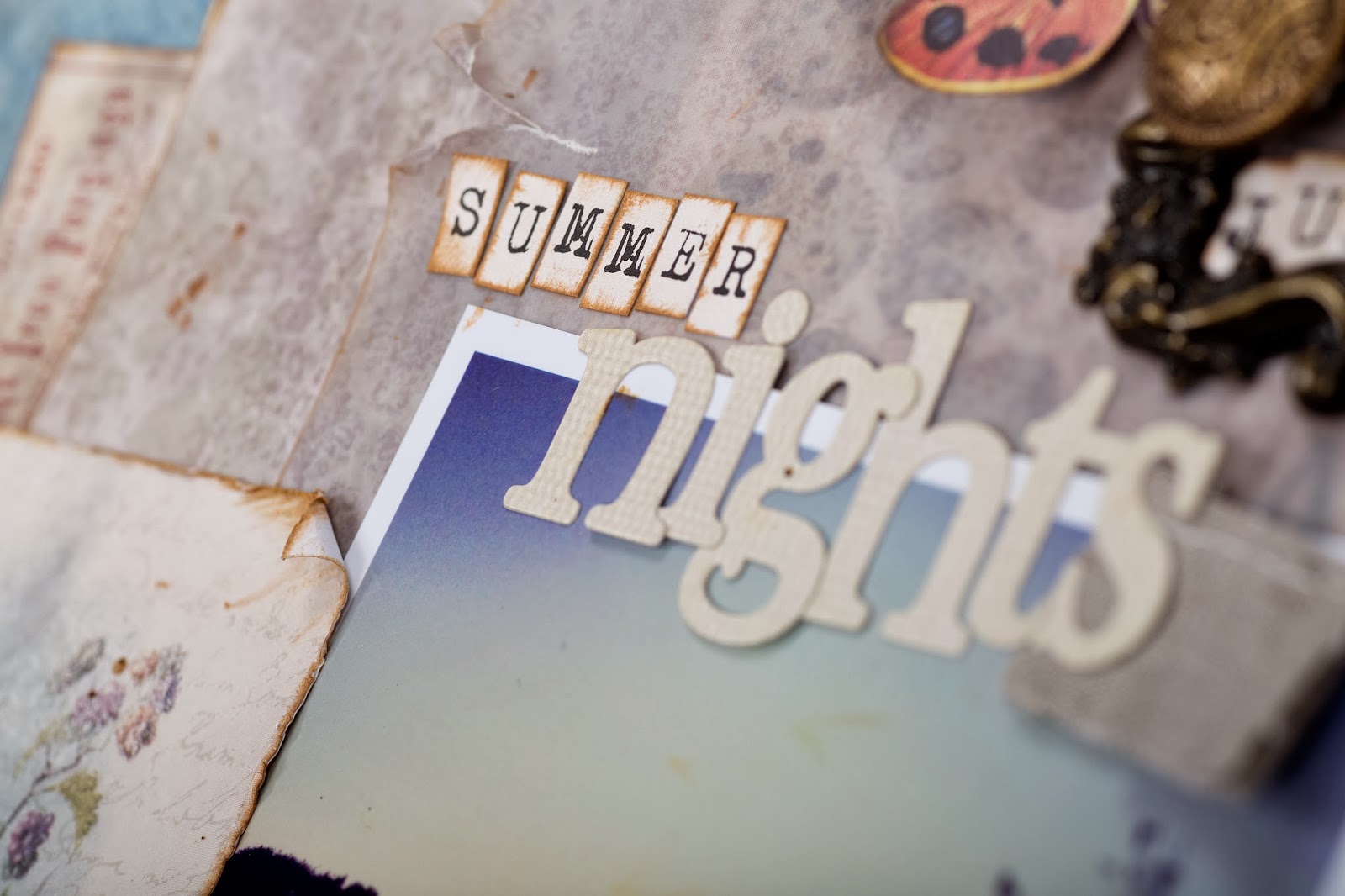 And I shoe-horned them in again for the date inside one of the pretty frames. 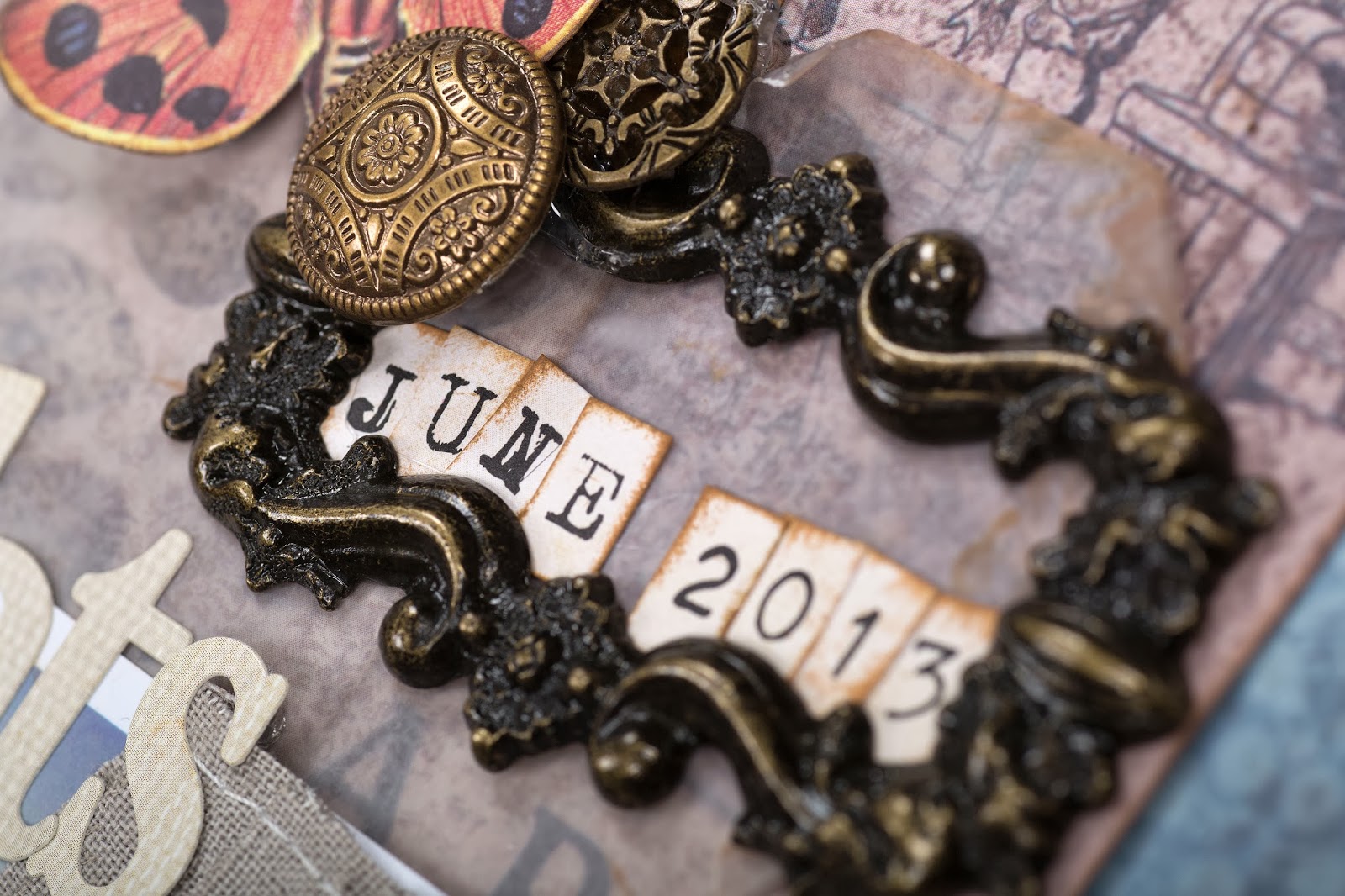 Another fun part are the pleated fabric trims - these come nesting on a wonderful wooden bobbin held in place with a cute mini safety pin! 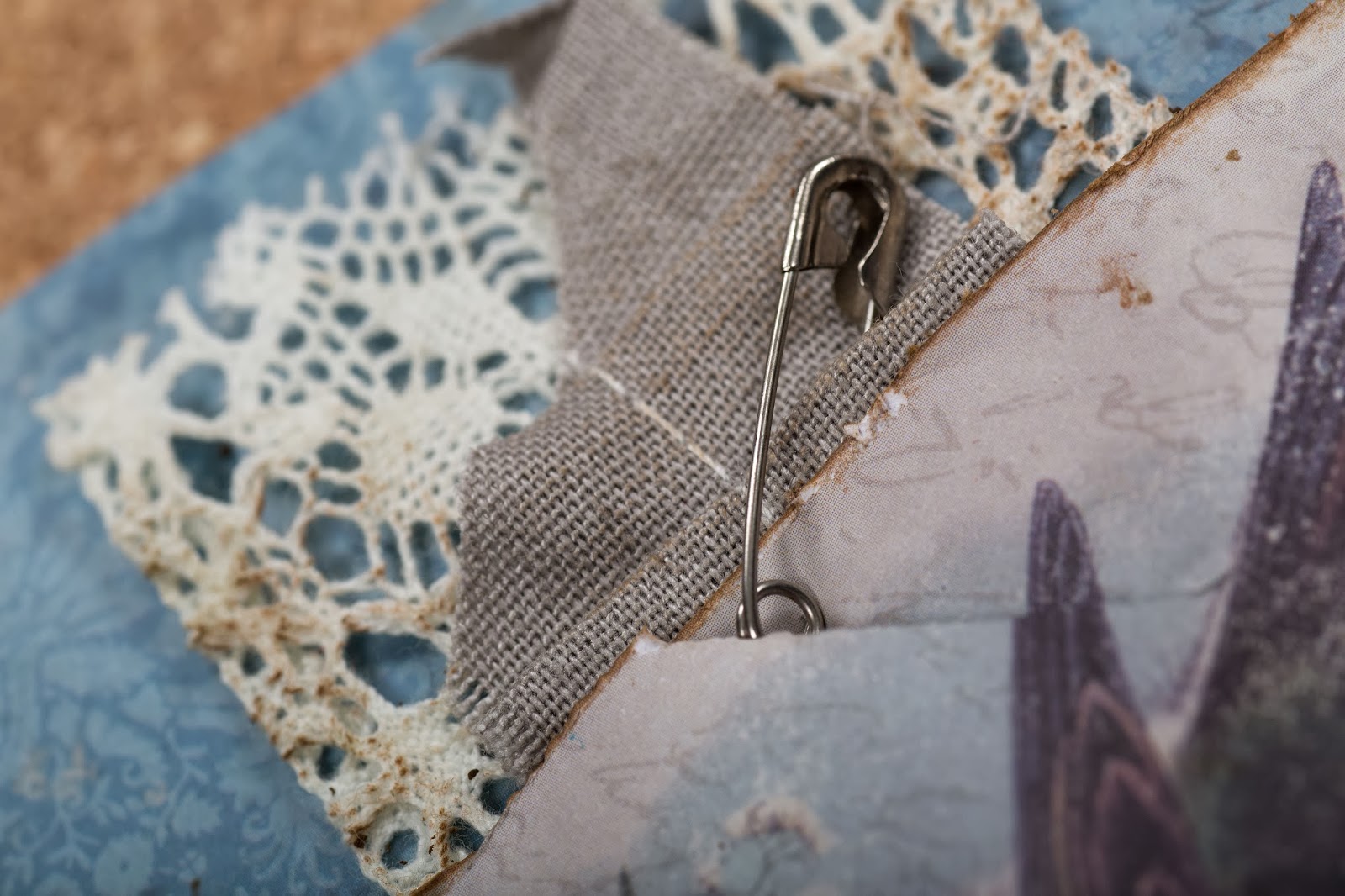 For all the info on making my page check out the docrafts website.
Posted by Unknown at 18:00 1 comment:

I'm often asked about where the best places to get inspiration and the usual answer is all around you. Of course it's not always that easy and sometimes we all need a little helping hand. So today sees my first colour inspiration post. I've used one of my own photographs to pull a fun and complimentary colour palette together which will hopefully be just the nudge you use to try something new where colour is concerned or just to kick start your crafting/decorating/outfit of the day! 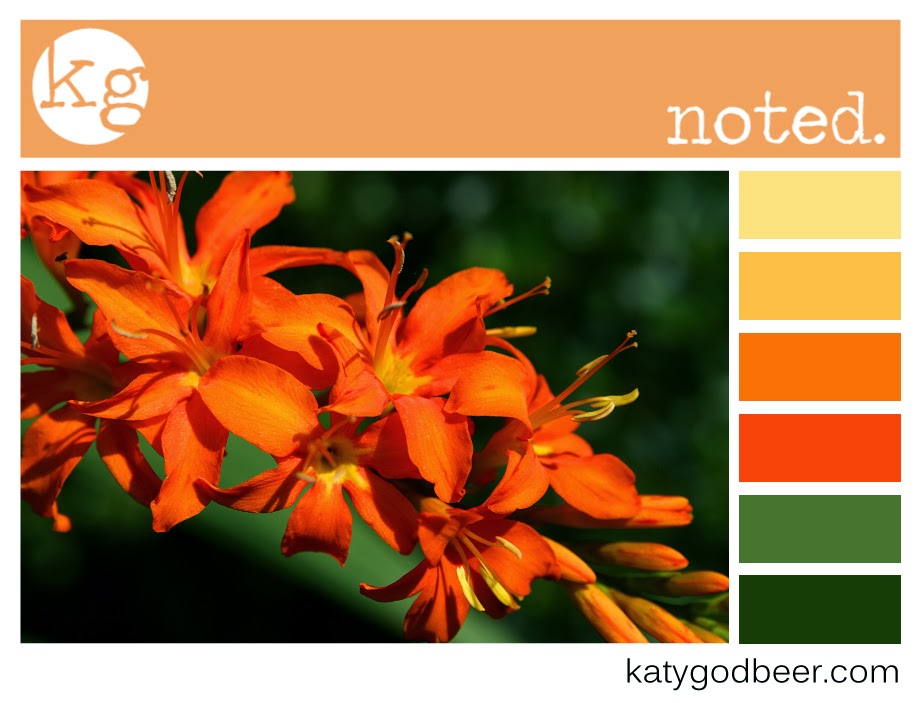 This week's picture is on some gorgeous Montbretia in my garden and while it'll be a little while before it's in bloom this splash of colour seems perfect to brighten up a dull January day.

Please do share in the comments if you make or create something using my colour combo! I'd love to come and see what you make of it!
Posted by Unknown at 18:00 No comments: