Does it ever get easier? Brace yourself for 'the math'!

I've just got back from a PB (or is it PR - surely PB is peanut butter and PR is public relations?) over 5km and while 30m 21s isn't going to be breaking any records (14m 11s for the World Record and 14m 29s for the British Record if anyone cares!) it makes me very happy. It's so, so close to my goal for this year of breaking the 30min barrier and is so far ahead of where I was just a couple of months ago. At the start of April I couldn't run for 5 mins (the 1m intervals of week one of Couch to 5K were challenging enough!) never mind for 5km. In fact I can regularly run for twice that and non stop for over an hour. 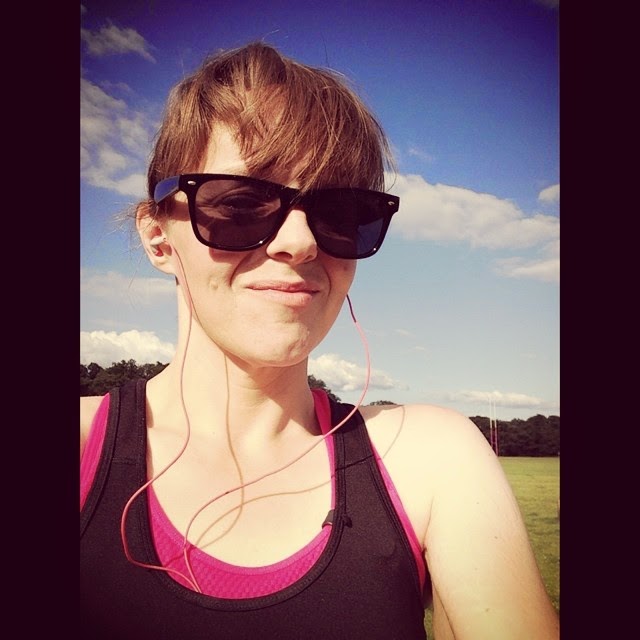 This all seems like total madness to me  - running is still like an out of body experience - it doesn't seem possible that I can do the things I've just typed about. But I can.

So the question is - when does it get easier? Yes I can run faster than a month ago (5 minutes over the 5km in the last month in fact) but I'm still just as knackered at the end as I was. And I guess that's the problem. As you get fitter, you run faster and the end result? Knackered.  Of course a purposely slow run solves the problem but having running left in your legs means you find yourself running further too. Twice as far to be exact. I'm no where near as tired half way through a 10K as I am at the end of a 5K (thankfully!) and that's all about running slower. But at the end of the run? Still knackered.

So as much as we all tell ourselves not to focus on time, breaking your fastest time or an increase in distance are the only benchmarks we have - it's probably inevitable that we eventually become the sort of people who talk about PBs (PRs?), splits and pace. Who would have thought it just 15 short weeks ago when I pulled on a pair of slightly ill fitting trainers and stumbled out into the dark for my first step to becoming a runner.

So I suspect the answer to the question is most likely - never. But when was anything that's easy, really worth having? Right?!?