When I run or walk I like to travel light so all I really need are the essentials - a key, maybe some emergency cash and definitely my iPhone. Where running is concerned, beating my time definitely isn't my focus at the moment - it's about laying down the miles and building endurance and stamina so while I'm not that interested in pace, I do like to know how far I've gone so I like to carry my phone with the Runkeeper app operating. As such the search was on for a way of toting my iPhone in safety. 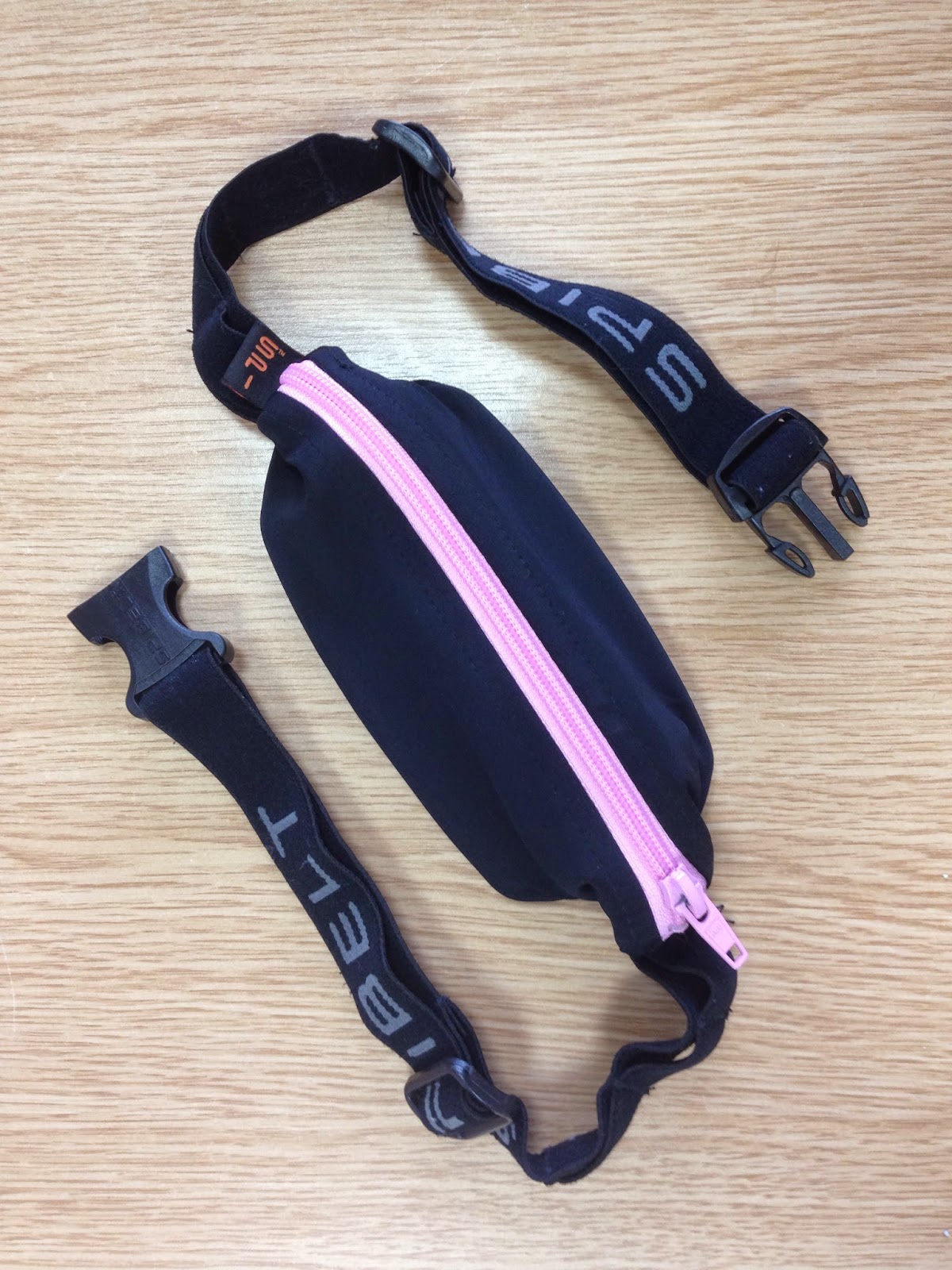 I've seen people running with their phone in their hand and while I'm sure that works for some people, for me it sounds like a recipe for disaster. I have a vision of merrily trotting along while I lose grip and watch in dramatic slo-mo as my phone glides out of my sweaty mitt and flies elegantly through the air before slamming into the tarmac. Secondly - sweat. We all know most phones and especially iPhones don't react well to moisture so keeping it well away from my skin while exercising seems a sensible option. And speaking of moisture, UK = Rain. I'm not INTENDING to be rushing out to run in a downpour but there is every chance that on any given day sun could easily change to showers (or monsoon) so at the very least some protection would be prudent.

Option number 1 was a cheap and cheerful arm band which I picked up from Sports Direct for just a few quid. It was the Karrimor brand and seemed to be rather reluctant to stay on my arm. To fasten it tight enough to stay up meant the two parts of the velcro fastening hardly made contact, hence wasn't secure. I definitely don't have skinny upper arms so I can only imagine how badly this would fit those who do. 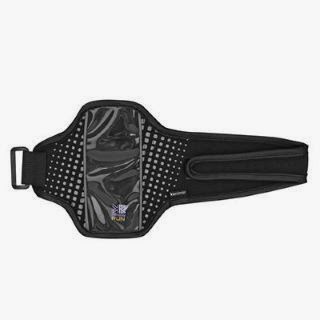 Another shortcoming was that the headphone port access point was on the wrong side for my phone. If I had a shorter phone (I have a iPhone 5) the cable could have looped across to the other side inside the case, but this wasn't possible for me. The imperfect solution was to slice a second hole in the bottom of the case from which the cable could protrude.

The plastic front did mean I could access my phone if I needed to and the touch screen remained at least somewhat responsive behind this extra layer, but I was rather concerned at the rate condensation built up behind the plastic and it also didn't seem very water-resistant. Of course being strapped to your arm means it's in the frontline for rain so I don't think it would stand a chance.

Next up and my current phone-toting solution is the SPIbelt (SPI stands for Small Personal Item). I went for the water-resistant option - mine actually has the gel-loops too which I can hardly imagine I'll ever have cause to need. There is a water-resistant version without these loops too, but I couldn't find it online at the time I purchased - to be honest they don't get in the way so either is fine! The belt is made of a stretchy material with a handy quick-fasten clip and adjustable stretchy strap which should definitely fit most runners' waists/hips. 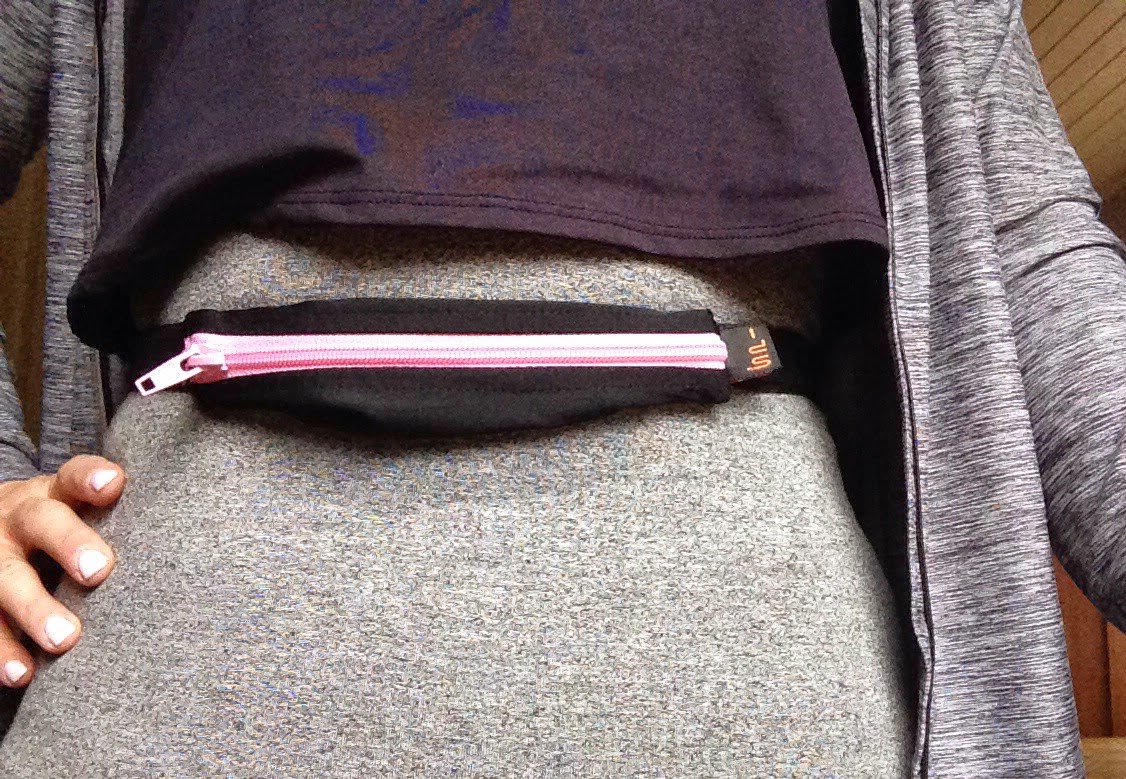 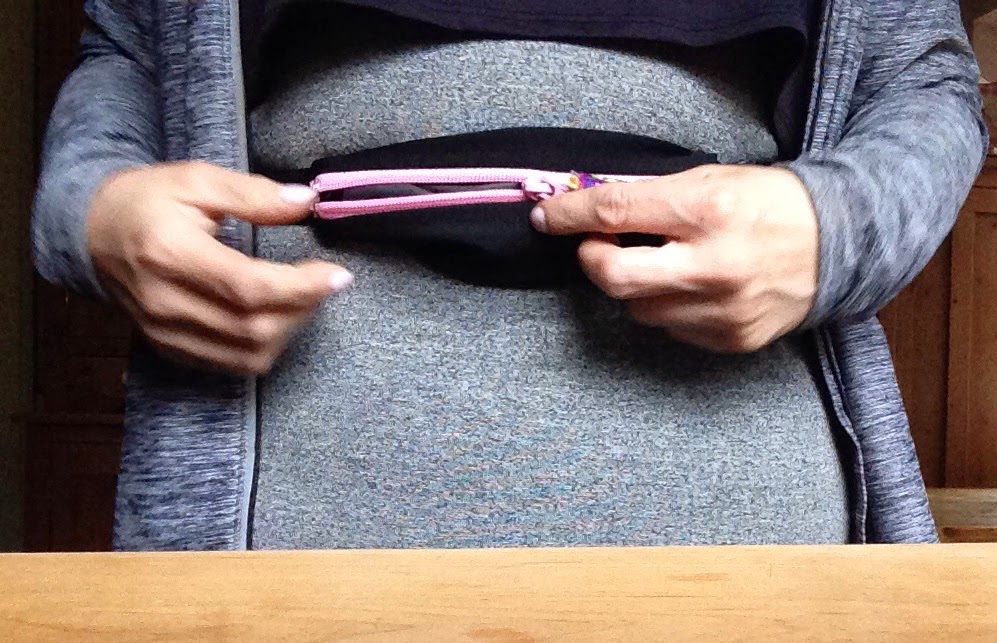 The stretchy belt combined with the small size of the pocket means that there is no bobbing about when you run. The contents are held securely but the belt isn't restrictive or tight meaning you really don't notice you've got it on.


The belt pocket look super skinny, but is wildly deceptive and could definitely house much more than a phone, I've been holding just my iPhone but it can hold even larger phones too. I tried it out with a friend's Samsung Galaxy S3 and it fit just fine. 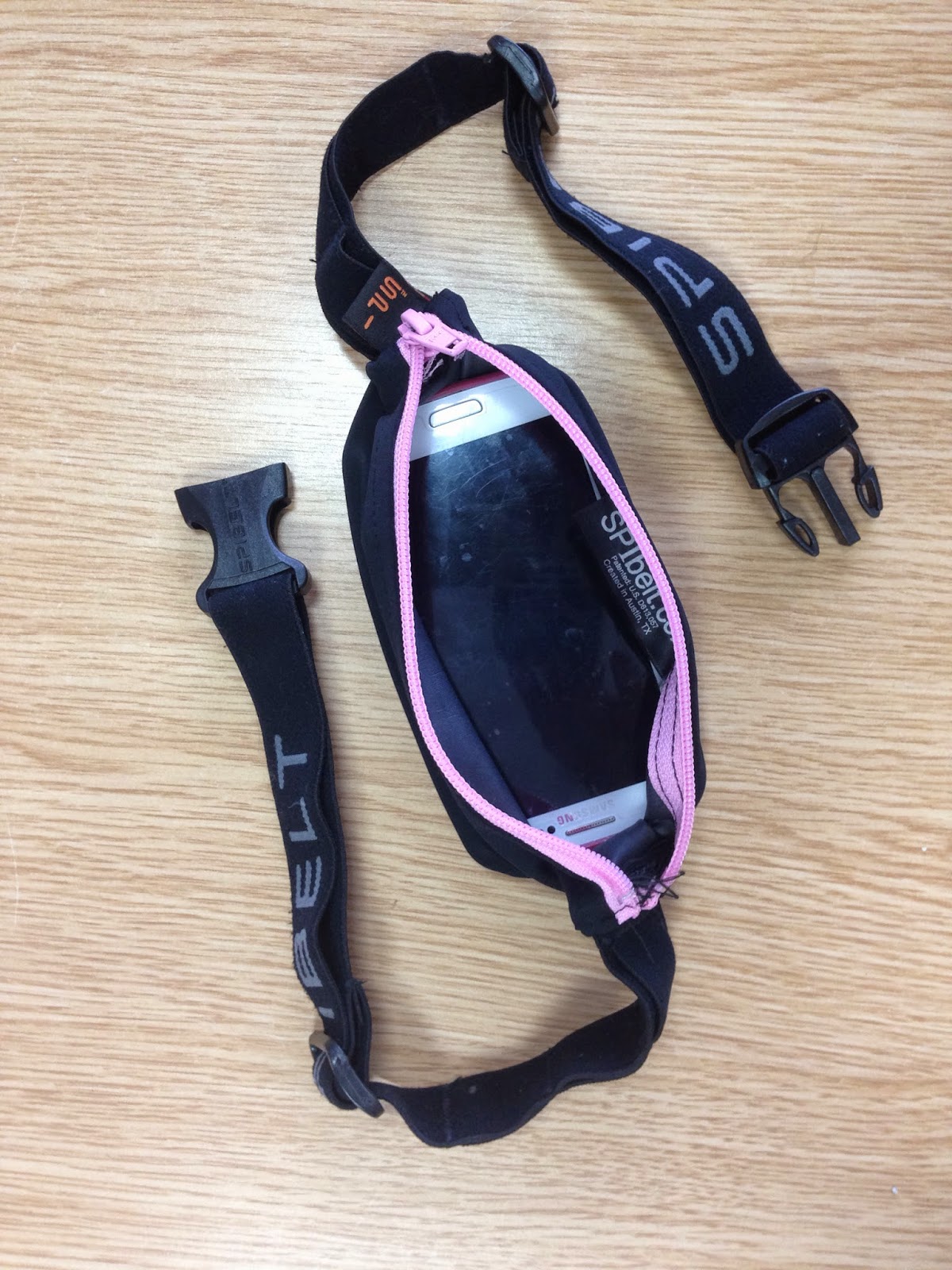 Being low-profile it's discreet too and I can imagine it's be great for travel as it would easily be hidden under a looser layer so great for the security conscious.

I'm not particularly a fan though of tossing scratchy keys or cash in the same pocket as a phone as this sounds like a sure-fire way of scratching the screen, but this really isn't a problem as almost all ladies running tights/capris have a really handy zip pocket in the middle of your back. I wouldn't necessarily advise popping anything pointy or bulky back there - the last thing you want when you are running is something digging into your spine but for the odd key here or there and cash/credit card, it's perfect! However if you're not toting a phone the SPI belt would be great for holding all your essentials.