Yesterday saw the official reveal of the new 'First Dog' that has moved into the White House with the Obama family. 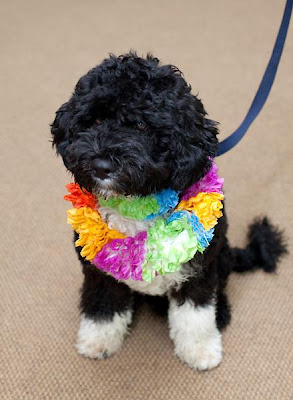 Bo is a Portuguese Water Dog and I think he'll make a great friend for Malia and Sasha - it looks like he's already making himself at home in the White House. 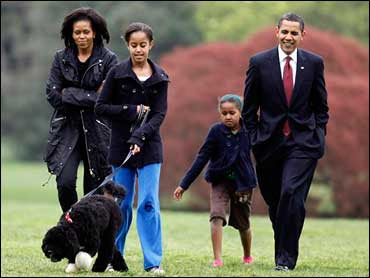 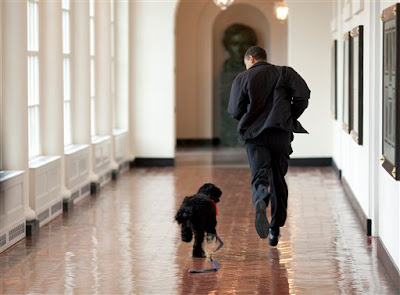 I suspect that deep down that the Obama's wanted a Newf too... but with Malia's allergies, the non-shepping PWD was a safer choice!
Posted by Katy at 12:03

The puppy is lovely.