It's no secret that I like to take a jaunt down the coast on the weekend, starting at Mudeford at Christchurch and usually ending at Lepe. I just love this trip as it's a wonderful combination of beach and New Forest - surely the best of both worlds. First stop is Mudeford and while an awful lot of the beach was washed away over the winter, the girls always enjoy a nice paddle just along from the dingy park. 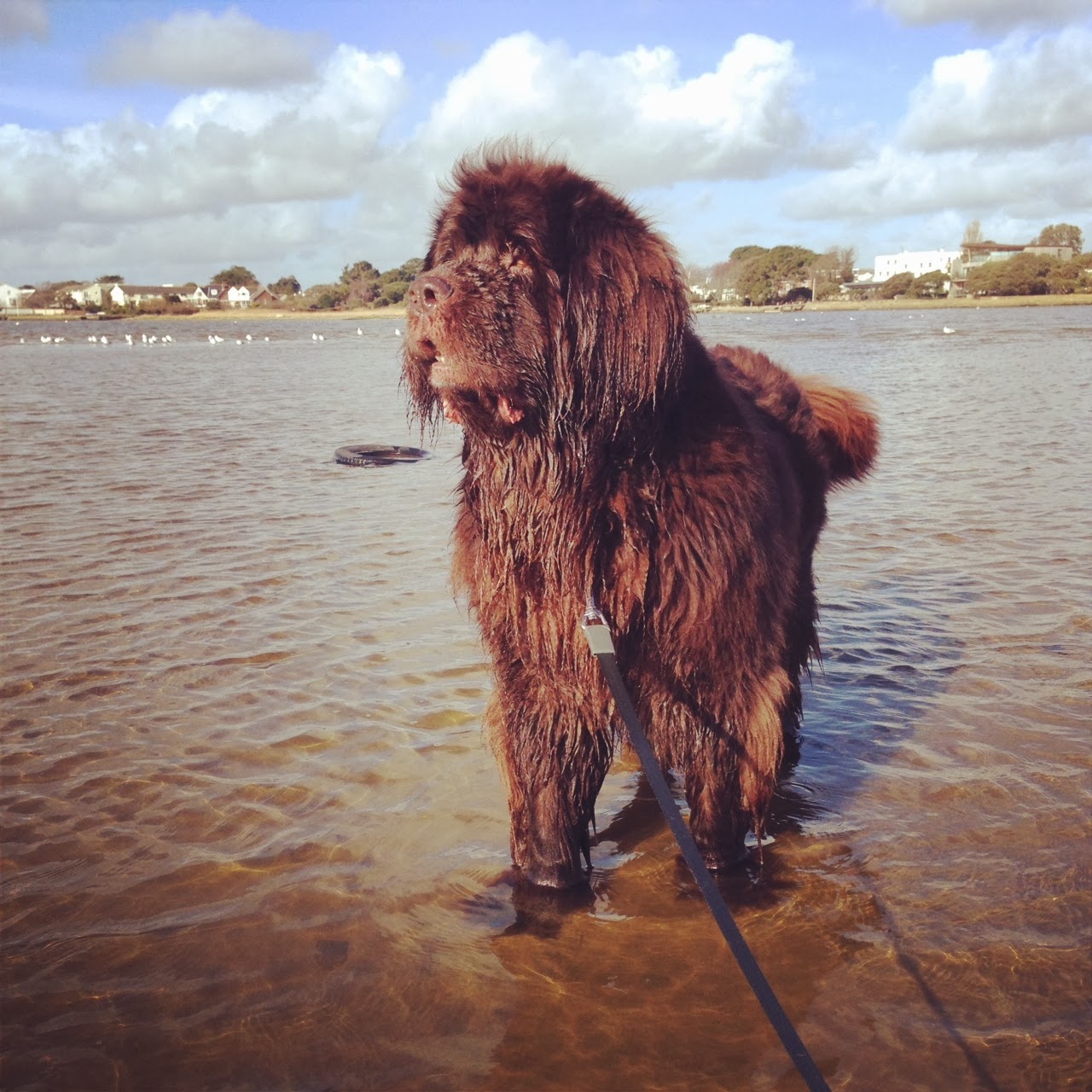 It was well publicised in the media that this whole stretch of coastline was severely hammered by storms in the last couple of weeks with a great number of Beach Huts being destroyed and washed away. The dingy park was similarly battered with small vessels including those Laser class boats, the like of which you see at the Olympics, being tossed around like toys!

The park is almost tidied now one notable exception being this upended catamaran! 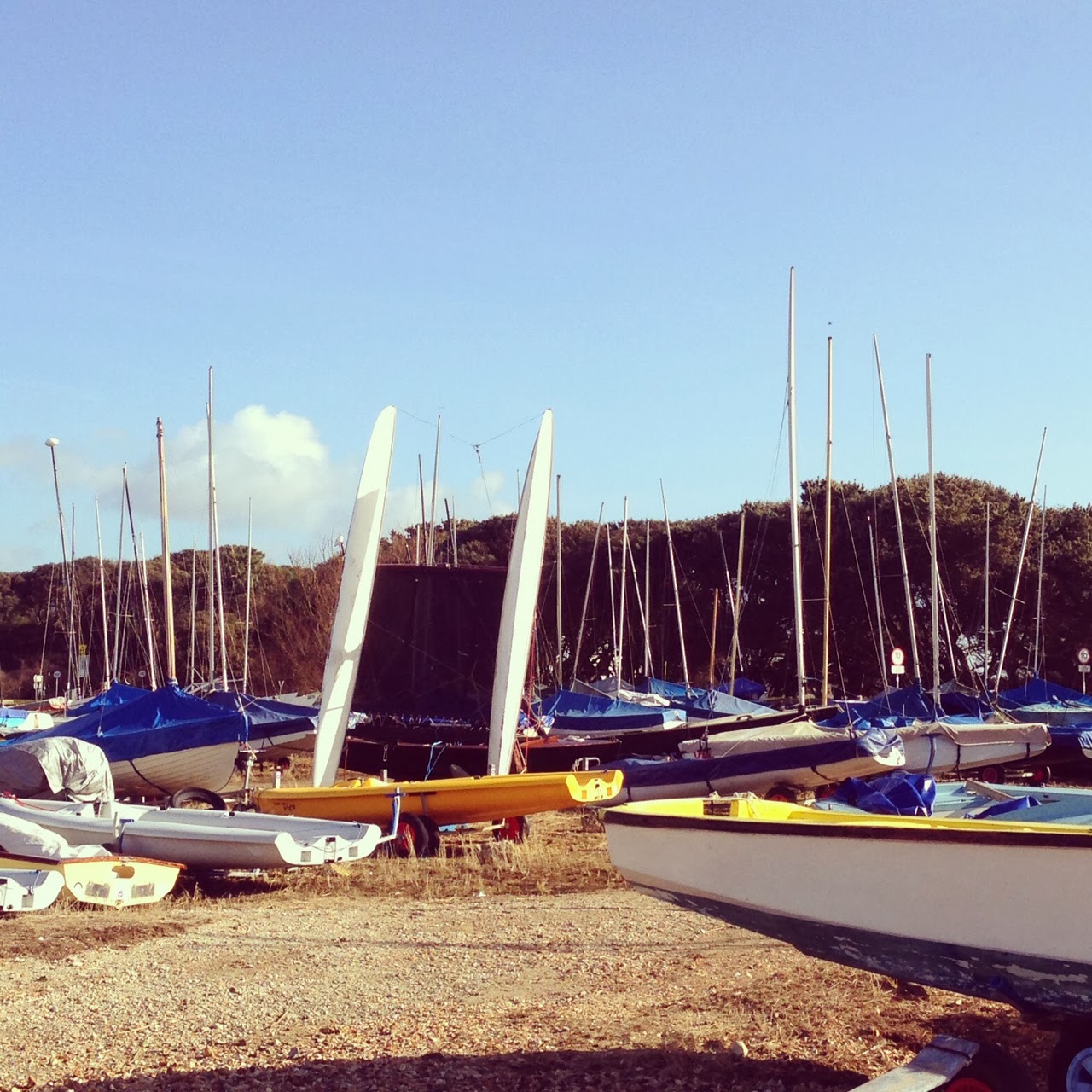 Plus a whole selection of boats thrown up onto the grass by the high tide! It's fun for posing your Newfie by though! 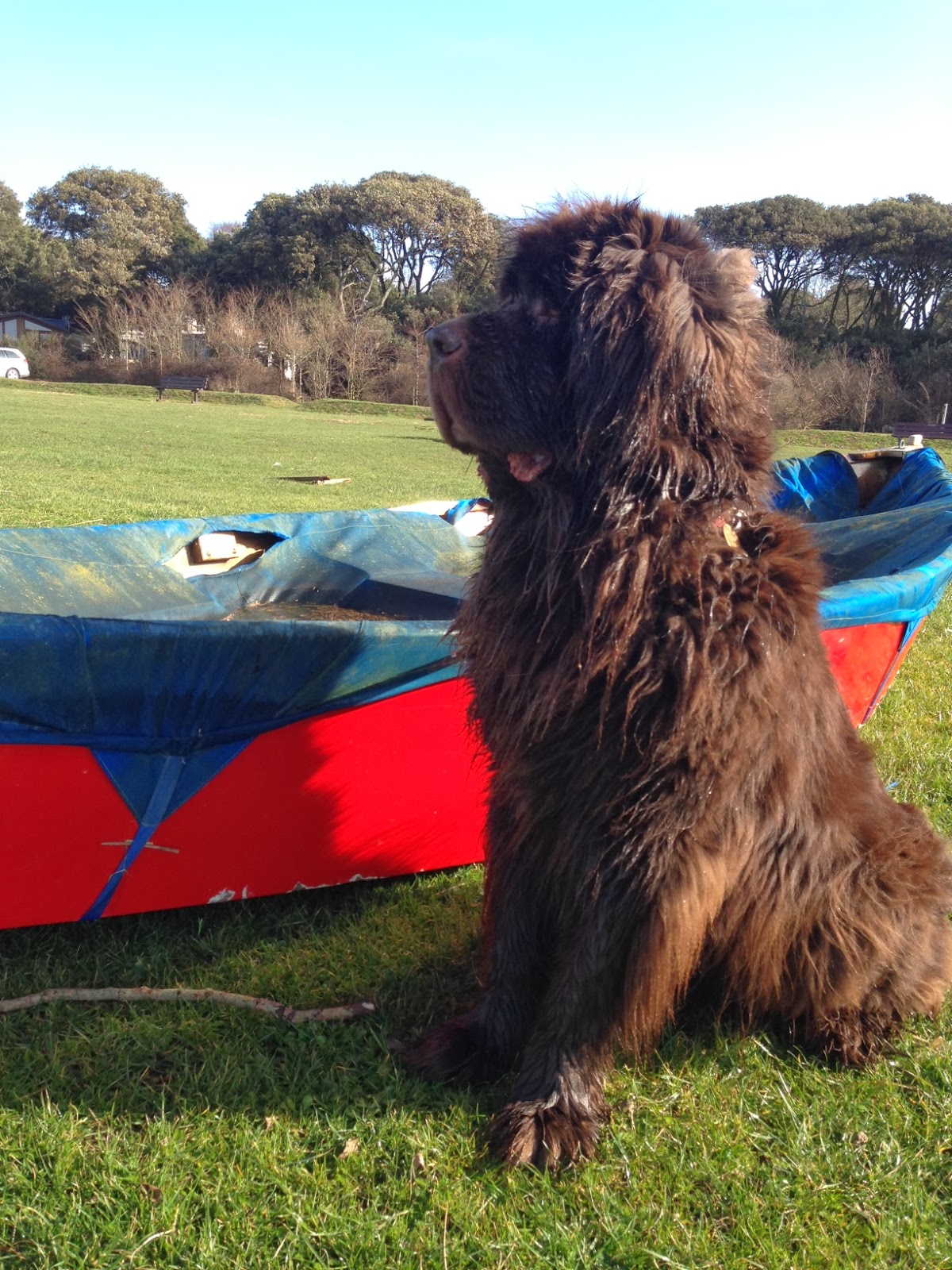 At the far end of the journey is another beach - Lepe. With a country park up on top of the cliff it also has panoramic views of the Isle of Wight. Although on the face of it this area received less damage in the recent storms, there are indeed some pretty hefty trees up on the cliff top that have been uprooted, an extensive selection of flotsam and jetsam on the beach plus the cafe etc were totally flooded out - a little traumatising to miss out on post walk lunch!

Another change is the almost total lack of wooden boarding that once defined the border between the beach and the car park. (BTW Blue skies were Saturday and a lot less blue was Sunday!) 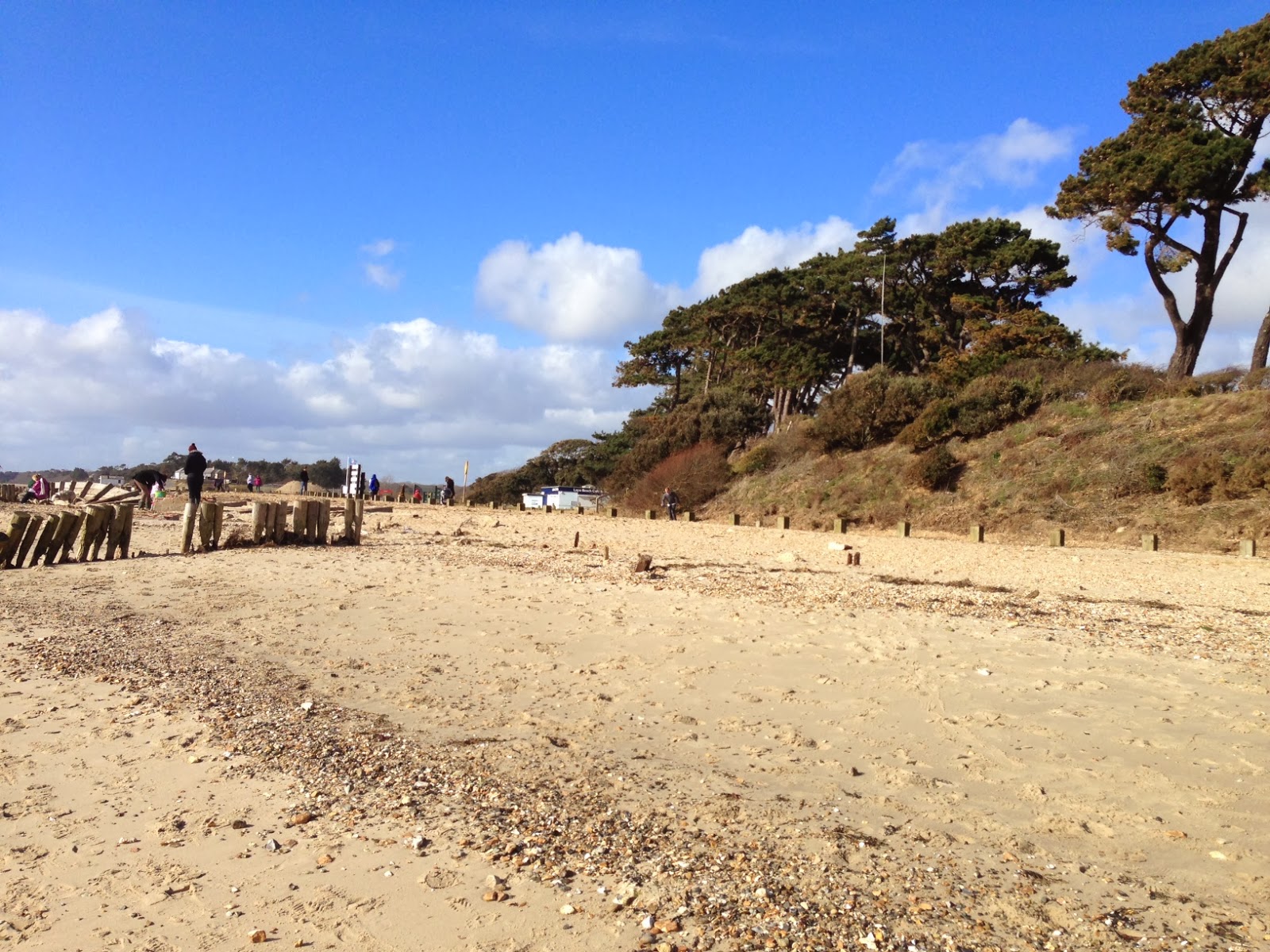 Admittedly the lack of something is quite hard to see in a picture, but despite that here's another! 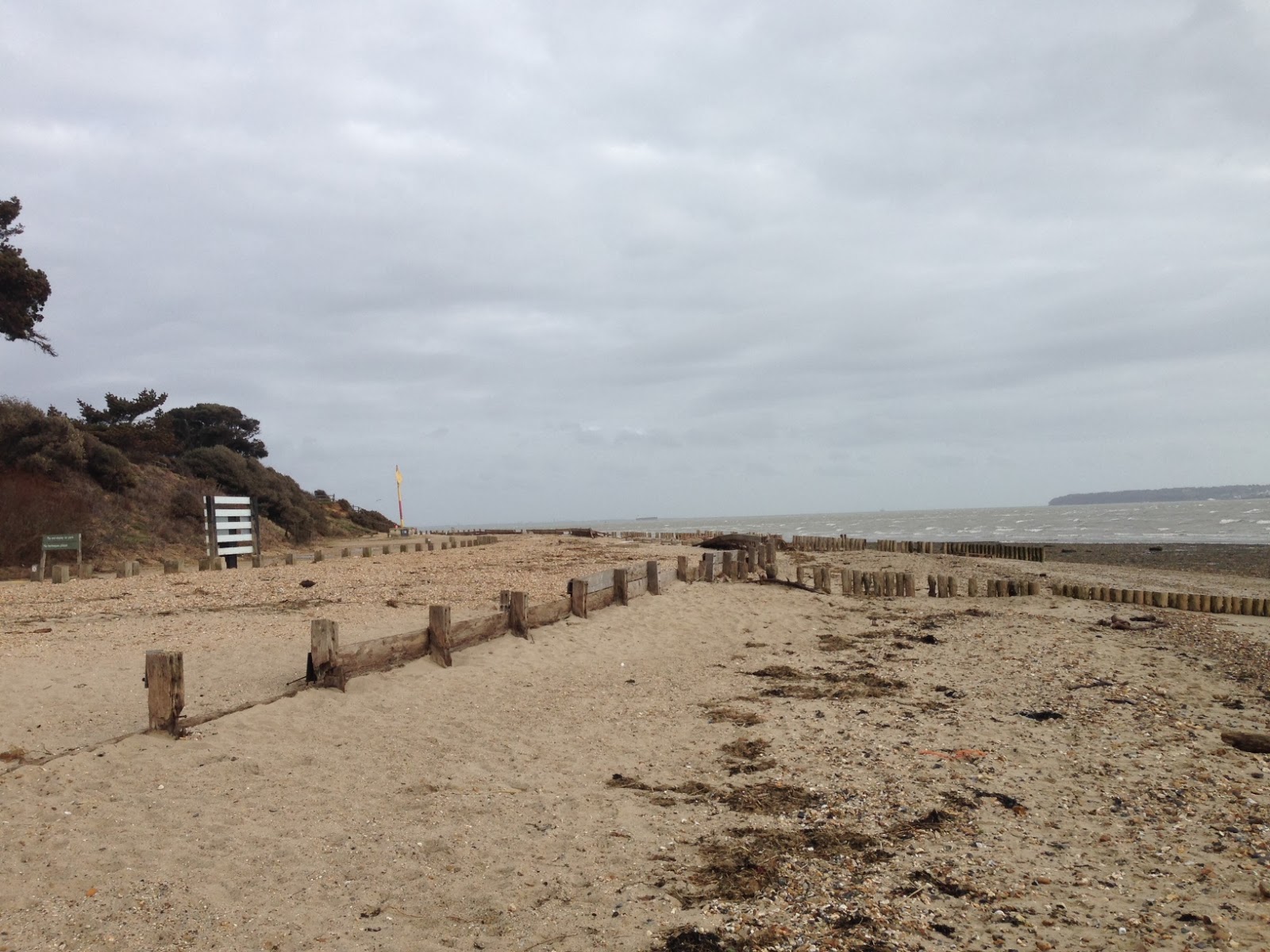 And lastly a shot that might actually show what I mean! See the bit in the middle that is two planks high? That was all the way along a couple of weeks ago! 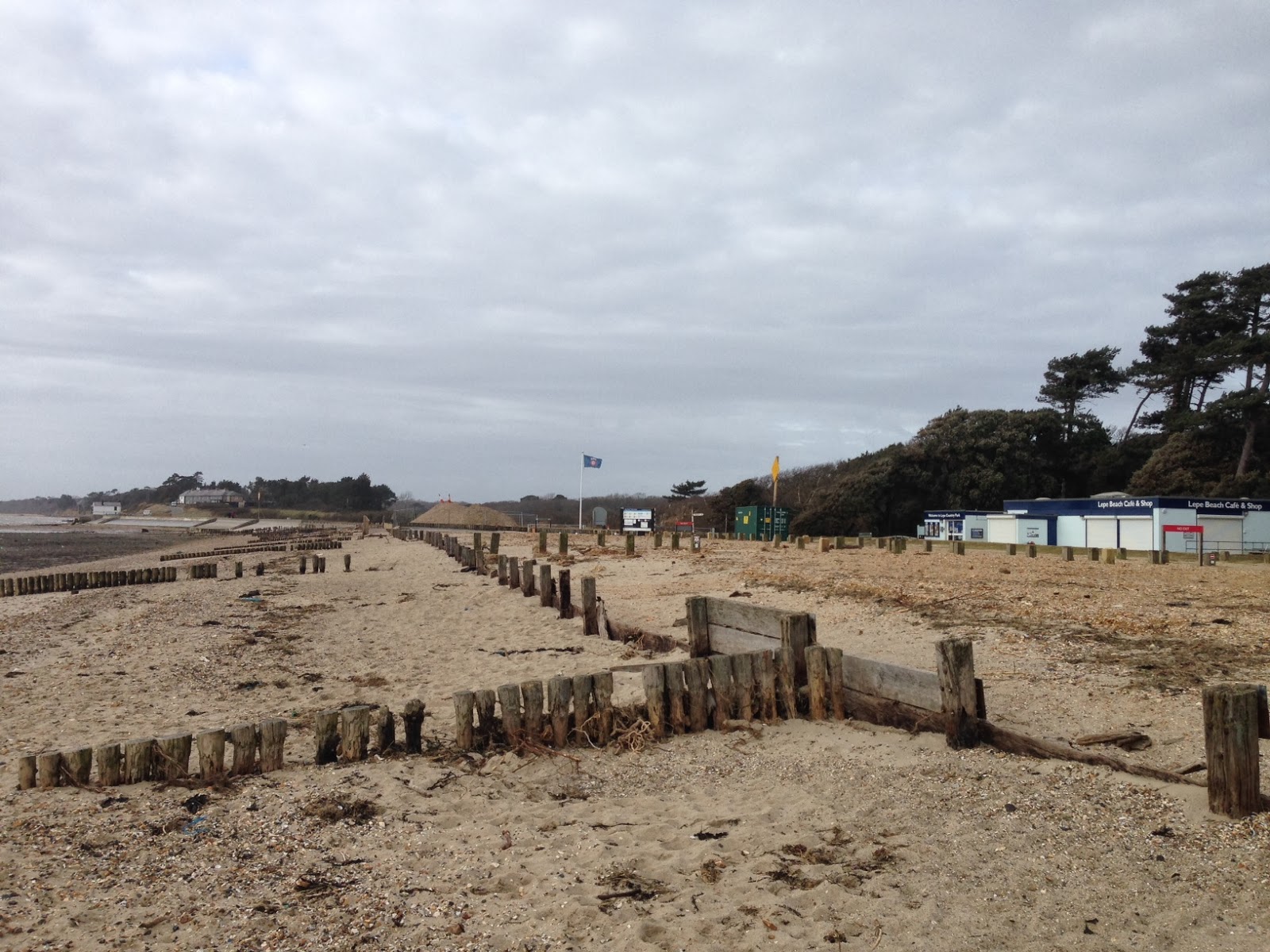 And here's another section that fared a bit better! But only just! 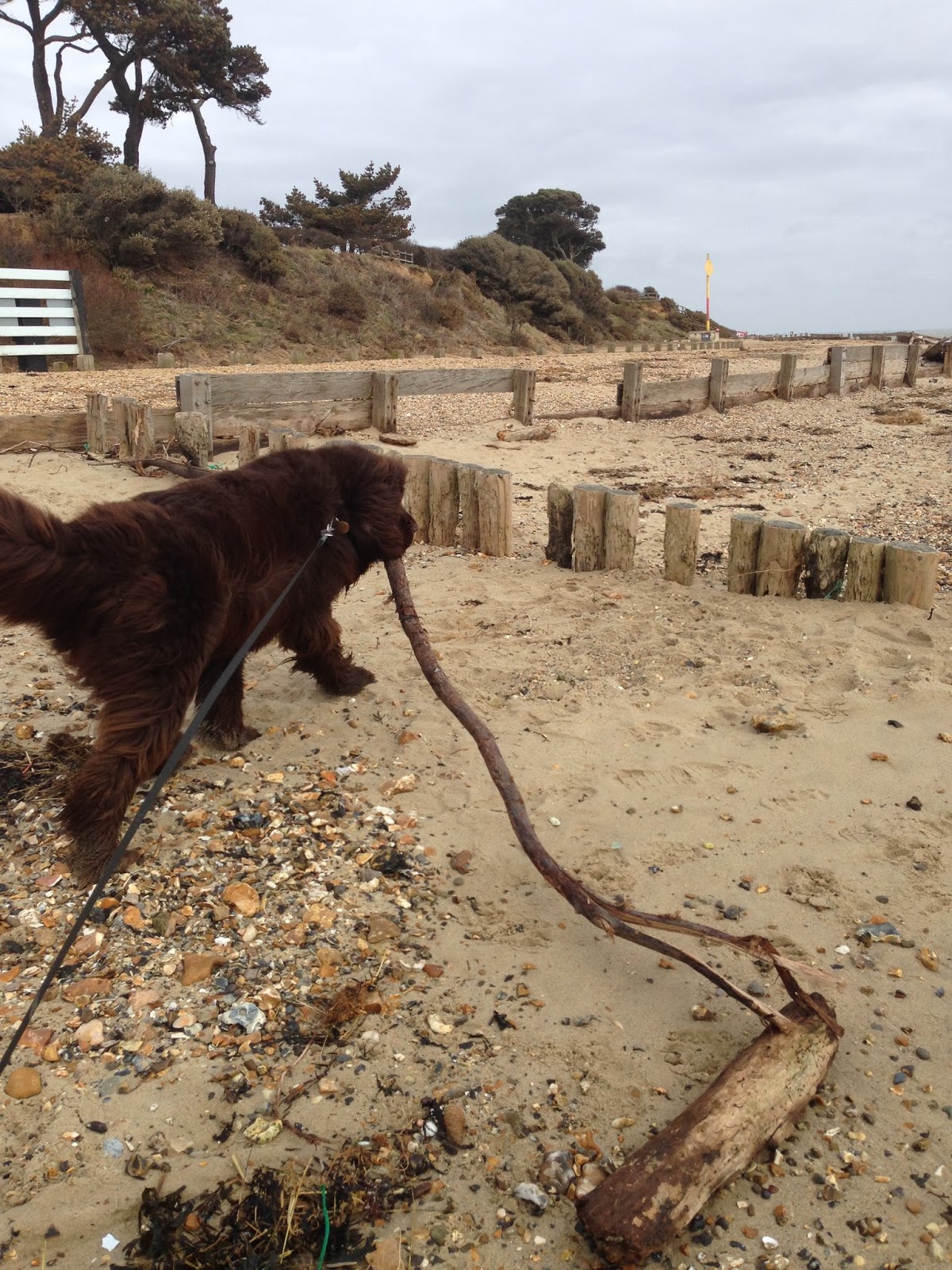 Suffice to say the beach car park is currently closed (I'm guessing to stop people accidentally (or otherwise) driving onto the beach! Of course that doesn't bother the girls - especially Martha who did a little bit of her own beach clean up by carting off a few branches...

What did you get up to this weekend?
Posted by Unknown at 21:35