This weekend really felt like spring was on it's way... it was time to cast off sweaters and get out and enjoy sunshine that had unseasonal warmth! After the girls enjoyed a paddle I took advantage of some sunshine to seek our some of the New Forest's residents. 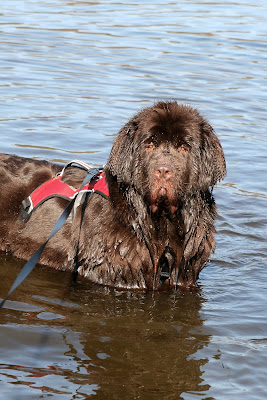 It was a total fluke to spot these guys hiding in the wood as I was driving along, after a quick 3-point turn, I headed back in their direction before pulling off the road fully expecting them to have given it legs... but lo and behold they stayed stock still while I crept towards them up to the dark tree line. 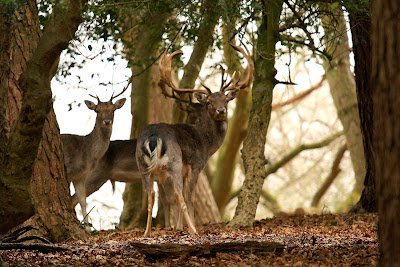 In a different bit of the Forest I wanted to get a nice pic of the resident Mandarin ducks in the sunshine. I was in for a treat as the guys and girls were out in force.. (along with some Mallards) but a bit far away for my liking (must get on the 'bay for a 400mm!)... 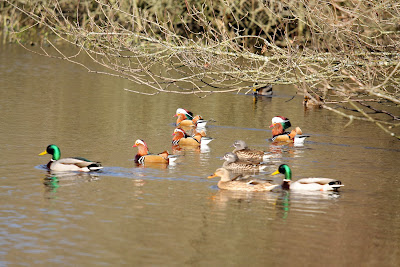 But just as I was about to give up and head for home this little fella took pity on me and scuttled just a wee bit closer and I reeled of a few frames at 6.5fps! He was a right show off diving and then flapping to dry himself off! 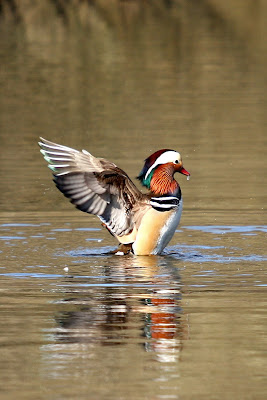 The wonderful spring sights continued closer to home with a lovely display of crocuses on the driveway... I suspect my neighbours think I'm a bit mental kneeling on the gravel! 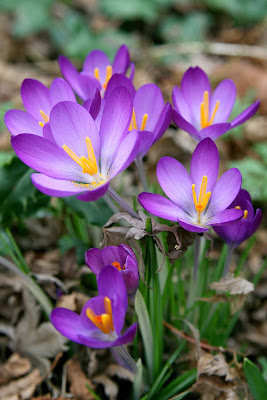 Back indoors and a quick page to share - I received these alpha rub-ons in a kit and they weren't really my cup of tea, but never one to be defeated I decided to use almost nearly the whole package as a background.
I think this picture and page pretty much sums Martha up... she really has got an opinion on everything!!! 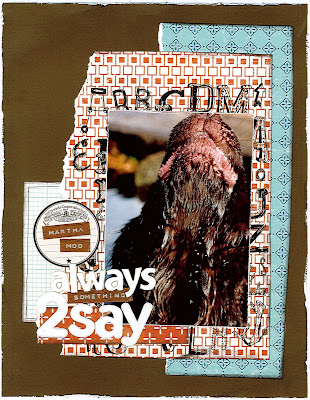 You are so lucky to have all this on your doorstep, such a gorge part of the country...The LO is lovely too, think my lil boy could compete with Martha and Lola in a drooling competition!!
Lou XX
http://scrapprentice.blogspot.com